To share your memory on the wall of Bertha Lang, sign in using one of the following options:

Provide comfort for the family of Bertha Lang with a meaningful gesture of sympathy.

Consider providing a gift of comfort for the family of Bertha Lang by sending flowers.

We encourage you to share your most beloved memories of Bertha here, so that the family and other loved ones can always see it. You can upload cherished photographs, or share your favorite stories, and can even comment on those shared by others.

Posted Jan 24, 2020 at 12:35pm
Unable to attend services due to the snowy weather, but wanted to send my prayers and sympathy to my Yates family. I remember as a youngster Bertha and Kay taking me roller skating. It was my first time and I'm sure I did not do well. although the trip was very much appreciated. Always loved visiting with the family.
Comment Share
Share via: 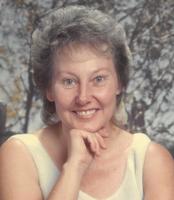