To share your memory on the wall of Carl Cederstrom, sign in using one of the following options:

Receive notifications about information and event scheduling for Carl

Consider providing a gift of comfort for the family of Carl Cederstrom by sending flowers.

We encourage you to share your most beloved memories of Carl here, so that the family and other loved ones can always see it. You can upload cherished photographs, or share your favorite stories, and can even comment on those shared by others.

Posted Feb 20, 2020 at 04:01pm
What a beautiful soul has left us. I loved spending time with him. He will be missed!
Comment Share
Share via:
LF

Posted Feb 10, 2020 at 04:43pm
Dayn, my heart goes out to you and your family. What an outstanding life he must have led for 95 years. wow. The loss will never go away but I hope that time will heal your sadness. My sincerest apologies and thoughts are with you guys.
Comment Share
Share via:
DM

Posted Feb 05, 2020 at 07:01pm
My parents, Lloyd and Donna Marshall, of the Cameron congregation, were very fond of Carl and Verna. Our whole family looked forward to the times when Carl was the speaker at church in Cameron. Our deepest and most heartfelt condolences to all of you.
Comment Share
Share via: 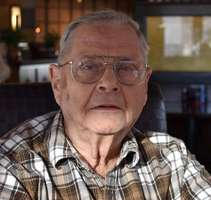