To share your memory on the wall of Carolyn Potter, sign in using one of the following options:

Provide comfort for the family of Carolyn Potter with a meaningful gesture of sympathy.

Donations are being accepted for: Wolfner Talking Book and Braille Library.

Consider providing a gift of comfort for the family of Carolyn Potter by sending flowers.

We encourage you to share your most beloved memories of Carolyn here, so that the family and other loved ones can always see it. You can upload cherished photographs, or share your favorite stories, and can even comment on those shared by others.

Posted Dec 31, 2019 at 12:58pm
She’s only been gone a few days, but I already miss her lots. I can’t imagine that anyone could have a better mother or a better friend. She taught me persistence, to “play the hand I’m dealt” and to always use what attributes I have to make the situation better. Life lessons like these would serve most people well and I was fortunate to learn from a master. Posted Dec 31, 2019 at 10:28am
Carolyn was a sweet soul who will be missed. I'm sure Edgar said, "it's about time" because they were truly soul mates. Carolyn and Ed were wonderful parents because they have wonderful children. I can't think of any greater contribution a parent can make to the world. I may have been miles away from her but she was never far from my thoughts and I loved her very much. i should have told her more often.
Comment Share
Share via:
HS

Flowers were purchased for the family of Carolyn Potter. Send Flowers

Posted Dec 28, 2019 at 05:44pm
Carolyn Will be missed by many she has a special place in my heart
May God have grace on the Potter’s
Comment Share
Share via: 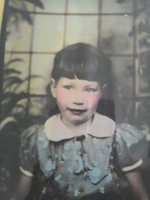 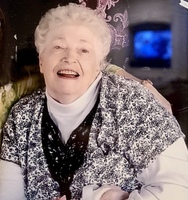