To share your memory on the wall of Charles Franklin, sign in using one of the following options:

Print
Charles Linville Franklin, of Independence, MO, passed away in his home on Tuesday, September 22, 2020. He was 77.

Charles entered this world on July 27, 1943 in Lovington, IL, the sixth child of eventually ten to be born to Leland and ... Read More
Charles Linville Franklin, of Independence, MO, passed away in his home on Tuesday, September 22, 2020. He was 77.

Charles entered this world on July 27, 1943 in Lovington, IL, the sixth child of eventually ten to be born to Leland and Eunice (Doss) Franklin. After graduating from high school in Lovington, he married his sweetheart, Karen Crosby. Not long after, they together took on the responsibility and privilege of caring for Karen’s younger siblings after the passing of their mother. Charles accepted his new nieces and nephews, the youngest being 5 years old, with loving, open arms.

Charles worked as a welder for Progress Industries and also as a cabinet maker for Schrocks Cabinets.
Charles will be missed by all those who had the honor of knowing him.

He is survived by his beloved Karen; his children, Jason Franklin of Warsaw, MO and Lori (Scott) Craig of KCMO; grandchildren, Julie (Michael) Maybee of Columbia, MO, Ryan Franklin of Warsaw, MO, Ilissa (Michael) Jacobs of Maryville, MO and Nick Craig of KCMO; his nieces and nephews that became his own, Daryl, Sharon, Pam, Dennis, and Melody; as well as, four sisters, Marie, Louise, Emily, and Evelyn and four brothers, Vernie, Novis, Stanley, and Tony.

He is preceded in death by his parents and his sister, Violet.
Read Less

Receive notifications about information and event scheduling for Charles

Print
There are no services planned at this time.

Consider providing a gift of comfort for the family of Charles Franklin by sending flowers.

We encourage you to share your most beloved memories of Charles here, so that the family and other loved ones can always see it. You can upload cherished photographs, or share your favorite stories, and can even comment on those shared by others.

Posted Sep 26, 2020 at 12:16am
When our children belonged to the Moultrie County Trailblazer 4-H Club with Charlie’s children, we needed a gate for the fairground arena. Charlie volunteered to make one. His hand-welded creation was a work of art. Blessings to his family.
Comment Share
Share via:
MV

Posted Sep 24, 2020 at 11:51am
Thanks for all the memories I will hold them near and dear my heart
Our trip to the Smokey mountains , teaching me to drive my mustang, not getting mad when I wreaked you’re car, building our family the swimming pool. we had a lot of special times.
See you on the other side
Love Melody
Comment Share
Share via:
RW

Posted Sep 23, 2020 at 09:48pm
I enjoyed visiting with Charlie on our many visits to Jason’s farm in Warsaw. He absolutely loved that place, especially the horses. He will be missed by so many. Wishing his family courage to face the days ahead and comfort through the many cherished memories.
Comment Share
Share via: 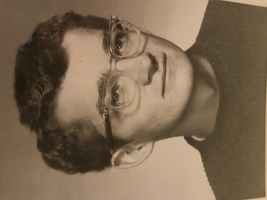