To share your memory on the wall of Christopher Trick, sign in using one of the following options:

Receive notifications about information and event scheduling for Christopher

Consider providing a gift of comfort for the family of Christopher Trick by sending flowers.

We encourage you to share your most beloved memories of Christopher here, so that the family and other loved ones can always see it. You can upload cherished photographs, or share your favorite stories, and can even comment on those shared by others.

Posted Feb 08, 2020 at 11:51am
I was so sorry to learn of Chris' passing. I knew him from the Chamber and he always volunteered to work at the Medical Center of Independence Golf Tournament. I never saw him without a smile on his face. Please accept my sympathy on your sad loss.
Dana Posey
Port Orange, FL
Comment Share
Share via:
BL

Posted Feb 06, 2020 at 12:27pm
I was so sorry to hear about your loss. Chris was a terrific person. I met him during his years at AAA. And, of course, our years together at the Independence Chamber of Commerce. Again, prayers and condolences to you and your family. Regards, Barbara Langley
Comment Share
Share via:

Posted Feb 05, 2020 at 10:56am
Thankful for the memories of such a great man. Our thoughts and prayers are with you Sheryl, Natalie and Ryan. Chris was one of a kind.

The MacDonald family purchased flowers for the family of Christopher Trick. Send Flowers 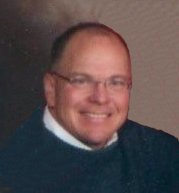