To share your memory on the wall of David Matthias, sign in using one of the following options:

Provide comfort for the family of David Matthias with a meaningful gesture of sympathy.

Receive notifications about information and event scheduling for David

Consider providing a gift of comfort for the family of David Matthias by sending flowers.

We encourage you to share your most beloved memories of David here, so that the family and other loved ones can always see it. You can upload cherished photographs, or share your favorite stories, and can even comment on those shared by others.

Posted Dec 15, 2019 at 01:39pm
" because of the tender mercy of our God,
Whereby the sunrise shall visit us from on high to give light to those who sit in darkness and in the shadow of death, to guide our feet into the day of peace."
I have known David for many years ! Our grandpas were buddies (Calvert) ! We had ups and downs as friends ! You were on my mind often through the years ! I was taken back to find out you had passed ! A life taken way to soon ! I send positive energy to your mom,dad and sister ! I send never ending Love and Light to Madi and Mason ! When your sad and down put your hand on your heart and that's where he will be !
Sending love to all of you !
So very sorry !
Love and Light,
Katie Ring
Comment Share
Share via:
B

We little knew that morning
God was to call your name.
In life we loved you dearly,
in death we do the same.
It broke our hearts to lose you,
You did not go alone.
For part of us went with you
The day God called you home.
You left us beautiful memories,
Your love is still our guide,
And though we cannot see you,
You are always at our side.
Our family chain is broken,
and nothing seems the same,
But as God calls us one by one,
The chain will link again.

Posted Dec 10, 2019 at 05:51pm
David was an amazing man who gave his heart and soul into everything he did. He was a family man and his most proud accomplishment was his 2 kids, Madison and Mason. They were his whole world. I'm very blessed that David was my brother and we were especially closer this past year. We spent many late nights talking on the phone and texting and it brought a strength to our relationship that will forever be missed but never forgotten. I hope he is at peace now with no pain and discomfort. I take comfort in knowing he's looking down on all of us and making sure we are taken care of. It's also very comforting to know that he is at home where he belongs with my Grandma Ruby, Grandma Mary, Grandpa Dave, Uncle Jim, Uncle Brian, Jr, Max and Patches. I know he was welcomed with open arms. I hope Madison and Mason know how much their Dad loved them and how everything he did he tried to do to make life better for them. 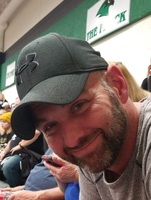 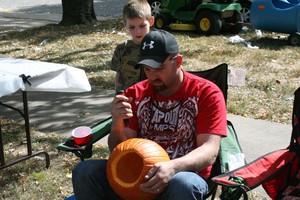