To share your memory on the wall of Emmett Crane, sign in using one of the following options:

Provide comfort for the family of Emmett Crane with a meaningful gesture of sympathy.

Emmett was born on Sept. 14, 1924, in Hardin, MO, the son of Clarence Crane and Ruth Malone Crane. He grew up on a farm, where he learned how to grow crops and how to can. He graduated from Hardin High School, and married Wanda Roberta Spence in 1945 – to this union were born two sons.

Emmett and Roberta moved to the Independence area where he built their forever home with his own two hands. He worked as an electrician for Armco Steel for over 45 years. Emmett was a man of faith – he had been a member of the Assembly of God near 12th and Newton, where he served as song leader and Sunday school director, then Sheffield Assembly of God for over 50 years, where he served as an usher.

Emmett enjoyed gardening, especially corn, tomatoes, and green beans, and he took his family on camping trips to states like Colorado, Kentucky, and Minnesota. He always kept busy – whether it was tinkering, repairing, or helping others with a project. He was talented, creative, and intelligent. He was quiet by nature but could open up to anyone and made friends easily. His philosophy was “Don’t say a word. Just listen. You learn more.” He was a strong man in many ways: faith, character, and work ethic. He was caring, giving, and a blessing to all who knew him.

He was preceded in death by his wife of 55 years, Wanda Roberta Crane; his parents, Clarence and Ruth Crane; and brothers-in-law Cecil Bratcher and Ivan Kingsley.

In his honor, contributions may be made to the Salvation Army.

Receive notifications about information and event scheduling for Emmett

Donations are being accepted for: Salvation Army.

Consider providing a gift of comfort for the family of Emmett Crane by sending flowers.

We encourage you to share your most beloved memories of Emmett here, so that the family and other loved ones can always see it. You can upload cherished photographs, or share your favorite stories, and can even comment on those shared by others. 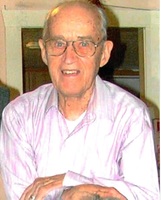 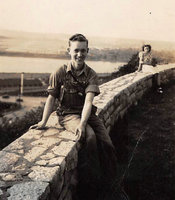