To share your memory on the wall of Eul Darneal, sign in using one of the following options:

Receive notifications about information and event scheduling for Eul

Consider providing a gift of comfort for the family of Eul Darneal by sending flowers.

We encourage you to share your most beloved memories of Eul here, so that the family and other loved ones can always see it. You can upload cherished photographs, or share your favorite stories, and can even comment on those shared by others.

Posted May 31, 2020 at 01:05am
My prayers for Wesley's family, and friends. Prayers of comfort for you throughout this difficult time of sadness, and grief.. RIP Wesley.
Comment Share
Share via:
BH

Posted May 28, 2020 at 10:38pm
My sincere sympathy to the family and friends of Eul. At this time of loss, recall fond memories that bring a smile or laughter. We look forward to the time when God will swallow up death forever. - Isaiah 25:8
Comment Share
Share via: 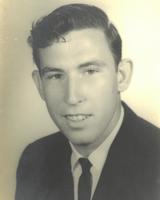