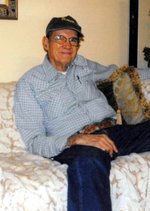 Francis J. “Buzz” Schneller, 78, Sugar Creek, MO passed away Jan. 16, 2020. Mass will be at 11:00 am, Tuesday, Jan. 21 at St. Ann’s Catholic Church, 10109 E Lexington Ave, Independence, MO 64053. Interment will be at Woodlawn Cemetery. Visitation will begin at 10:00 am before Mass at the church. In lieu of flowers the family requests contributions to St Jude’s Children’s Hospital, 262 Danny Thomas Pl, Memphis, TN 38105.
Buzz was born Jan. 28, 1941 in Kansas City, MO. He graduated from Ft. Osage High School in the Class of 1960 before entering U.S. Trade School and earning certification as a mechanic. He was a U.S. Army veteran and in the Army Reserves. He was a Senior wheel and track mechanic and Motor Sergeant. He was a member of St. Ann’s Parish. He worked at Yellow Freight and several heavy equipment garages. He later worked for Highway Departments in Missouri, Nebraska and Wyoming.
Buzz was a caregiver to everyone, especially his mother and aunt. He enjoyed working in the country. He enjoyed telling jokes and liked to hang out at Little Richard’s for coffee.
Buzz was preceded in death by his parents Pete and Mary Schneller and his twin brother Robert Schneller. He is survived by his brother Pete Schneller and wife Caroline, Liberty, MO; sister Mary Wilson, Kansas City, MO and many other family members.
Condolences may be sent to www.speakschapel.com. (Arrangements Carson-Speaks Chapel 816-252-7900)