To share your memory on the wall of Frank Perusich, sign in using one of the following options:

Frank was born on November 27, 1932 in Cement City, MO to Nick and Georgia Perusich. He served in the US Army from February 2, 1953 – December 17, 1954 and was honorably discharged as a corporal. He was a pressman for Lowell Press Inc. of Kansas City MO for 38 years.

Frank was a chef and loved cooking for his large family throughout his life. He along with his sons Frankie and Mike and grandson Dakota formed a competition BBQ team called “Sons of a Brisket!” He was so proud of this. He loved watching his grandkids and great-grandkids playing any kind of sport, and he was an avid fan of the KC Chiefs. He loved to travel and take cruises, and will be always remembered as an amazing dad, grandpa, and great-grandpa.

A memorial visitation will be held on Monday, July 27, from 6-8pm, at Carson-Speaks Chapel, 1501 W. Lexington Ave., Independence, MO. A private graveside service with full honors will be held at Missouri State Veterans Cemetery in Higginsville, MO.

Receive notifications about information and event scheduling for Frank

Consider providing a gift of comfort for the family of Frank Perusich by sending flowers.

We encourage you to share your most beloved memories of Frank here, so that the family and other loved ones can always see it. You can upload cherished photographs, or share your favorite stories, and can even comment on those shared by others.

Posted Jul 31, 2020 at 12:38am
I am sorry to hear of Frank's passing. I enjoyed talking with him at Palmer Center. I will miss him.
With Sympathy, Sue Thurman
Comment Share
Share via: 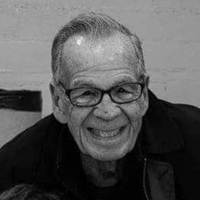