To share your memory on the wall of Gail Cook, sign in using one of the following options:

Receive notifications about information and event scheduling for Gail

Consider providing a gift of comfort for the family of Gail Cook by sending flowers.

We encourage you to share your most beloved memories of Gail here, so that the family and other loved ones can always see it. You can upload cherished photographs, or share your favorite stories, and can even comment on those shared by others.

Posted Apr 13, 2020 at 07:07pm
I am sorry to hear of Gail's passing. She and I went to school and church together and were friends for many years. The Forbes Family and Wine Family were friends through the Mt. Washington Baptist Church. I was present at Mt. Washington Baptist Church when Stewart went forward and started his life as a pastor. My thoughts are with the family.
Kenny Forbes
Van Horn class of 1958
Comment Share
Share via:
L

Posted Apr 11, 2020 at 10:09am
Dear Kim, we knew your mom and dad through our breakfast get-togethers at McDonald’s and she mentioned you and her grandkids often. We learned of Charlie’s passing a few days ago and posted on his wall and are now as equally saddened to learn of Gail’s passing. We want to express our deepest condolences to you and your families. We loved this sweet couple and know they will be greatly missed. Loretta and Ed Krawczyk, Independence MO
Comment Share
Share via: 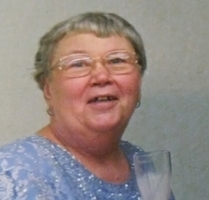