To share your memory on the wall of Gary Rothove, sign in using one of the following options:

Print
Gary Douglas Rothove, 70, passed away on September 5, 2020, after his valiant five-year battle with cancer.

Gary was born on August 7, 1950 in Jefferson City, MO to Arthur and Shirley (Payne) Rothove. As a teenager, he learned the art o... Read More
Gary Douglas Rothove, 70, passed away on September 5, 2020, after his valiant five-year battle with cancer.

Gary was born on August 7, 1950 in Jefferson City, MO to Arthur and Shirley (Payne) Rothove. As a teenager, he learned the art of auto mechanics – a passion he turned into a decades-long career. He graduated from Central High School in the class of 1968.

He was primarily employed with Chouteau Auto Mall as a mechanic, and earned his retirement in 2016. He also spent a number of years at Hyde Park Service Company prior to retiring. His knack for working with his hands adapted to other skills, including building fences and cabinets, plumbing, electrical wiring, and home remodeling. He worked hard, but he also enjoyed the fun things in life – such as his Ford Thunderbirds or his 2004 bright yellow Monte Carlo, among many other cars he owned in his life.

If Gary wasn’t elbows deep in disassembling a car engine, he could be found on or near water. Whether it was waterskiing, driving the boat around the lake in Warsaw, or boarding a cruise ship to Cozumel, Grand Cayman, or Jamaica – his happy place was listening to the lapping waters and feeling a warm sea breeze on his face. When at home, he excelled at barbequing brisket or ribs, and his four-legged companions were always close by in case Gary “dropped” a piece.

Gary married Pamela Pilger on March 16, 2002 in Bridal Cave, surrounded by their family and friends. They considered themselves blessed to have been brought together, and they celebrated 18 wonderful years of love and friendship.

He was outgoing and friendly, but also reserved at times. His love of his family was demonstrated through his actions, and his absence is deeply felt by so many.

Gary was preceded in death by his parents Arthur and Shirley Rothove; a sister Constance “Connie” Morse; and a brother Roger Rothove.

The family will have a private memorial service at a later date.

Receive notifications about information and event scheduling for Gary

Donations are being accepted for: Wayside Waifs.

Consider providing a gift of comfort for the family of Gary Rothove by sending flowers. 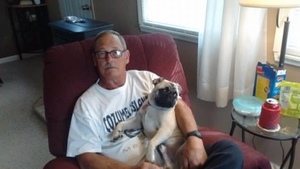 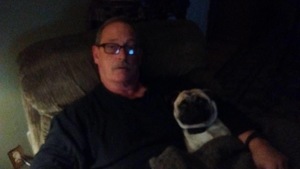 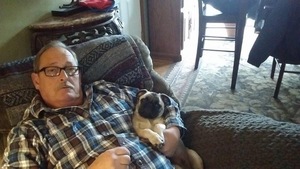 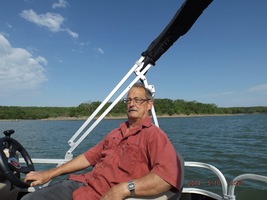