To share your memory on the wall of Gary Wyatt, sign in using one of the following options:


Gary was born on July 3, 1951 to Keith Wyatt and Betty (Jobe) Hollopeter in Kansas City. He was a life-long resident of the metro area and graduated from Van Horn High School in 1969. Gary was a 25-year veteran bus operator for the city of Kansas City. He enjoyed camping, cheering on the Royals and Chiefs, watching NASCAR, and spending time and traveling with his wife, children, and grandchildren. Gary loved riding his BMW motorcycle and attended numerous rallies over his life. He could often be found on a hot summer afternoon on the back porch watching the Royals.


Garyâ€™s memory will be kept alive by his mother Betty of Independence; wife of 32 years, Dolores (Gripka) of the home; daughter Christy (Sang) Burton of Independence; son Andy (Monica) Wyatt of Leeâ€™s Summit; son Frank Wyatt of Independence; grandchildren Charley and Garrett Burton; brother Ryan (Corina) Wyatt of Independence; step-brother Mike of San Antonio, Texas; step-children from a previous marriage Dennis, Chris, Christine, and Jason as well as a large group of Gripka in-laws. Gary will also be remembered by many cousins, aunts and uncles, nieces and nephews, and friends.

Consider providing a gift of comfort for the family of Gary Wyatt by sending flowers. 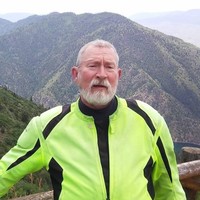