To share your memory on the wall of George Jenkins, sign in using one of the following options:

He is preceded in death by his wife of 26 years Bobby Dean Jenkins; 2 brothers, Roosevelt and Thomas; 2 sisters, Rosa Lee and Willie Mae; his son George Jenkins, III and grandson Brandon. George is survived by one sister, Beatrice who is 103. He is also survived by daughters, Edith Weinrub of Oakland, California, Joyce Asberry of Sacramento, California and Diana Jenkins of Wichita, Kansas along with 3 grandchildren, Clifton, Warren and Kimberly; as well as several nieces, nephews and great-grandchildren.

George was born and raised in Dumas, Arkansas, son of George and Ada Jenkins. He moved to Kansas City after serving in the military and raised his family. He retired from Wilson’s Packing House and spent his later years as a contractor remodeling houses, which he loved and was very good at. He was an active member of his church and will be greatly missed by his friends and family.
Read Less

Receive notifications about information and event scheduling for George

Consider providing a gift of comfort for the family of George Jenkins by sending flowers.

We encourage you to share your most beloved memories of George here, so that the family and other loved ones can always see it. You can upload cherished photographs, or share your favorite stories, and can even comment on those shared by others.

Posted Feb 04, 2020 at 03:27pm
Rest in peace Dad and know that your powerful and amazing presence will be greatly missed. I Love You.
Comment Share
Share via:
EW 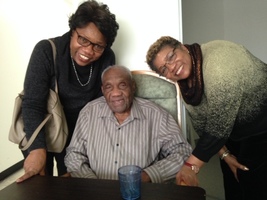 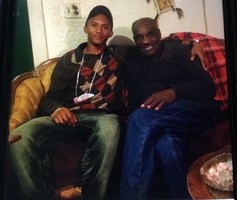