To share your memory on the wall of Gerald Fenton, sign in using one of the following options:

Gerald was born March 19, 1936 in Plano, IA to Floyd and Ann (Simatovich) Fenton. He married his beloved wife, Virginia Kay Frazier on January 16th, 1960 at Immanuel Baptist Church in Independence. Gerald earned a B.S. in Electrical Engineering from Finlay Engineering College in 1964 and went on to work for Independence Power & Light for almost 32 years. He was an avid deer and geese hunter until his health would no longer allow.

Consider providing a gift of comfort for the family of Gerald Fenton by sending flowers.

We encourage you to share your most beloved memories of Gerald here, so that the family and other loved ones can always see it. You can upload cherished photographs, or share your favorite stories, and can even comment on those shared by others. 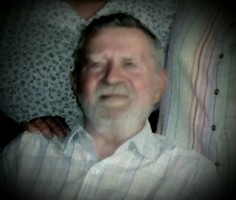