To share your memory on the wall of Gregory Christy, sign in using one of the following options:

Consider providing a gift of comfort for the family of Gregory Christy by sending flowers.

We encourage you to share your most beloved memories of Gregory here, so that the family and other loved ones can always see it. You can upload cherished photographs, or share your favorite stories, and can even comment on those shared by others.

Posted Jan 04, 2020 at 12:32pm
Greg has been an important part of our family in many ways, such as a friend, a square dancer, teacher and a good all round friend. I last spoke with Greg around Thanksgiving at a Thanksgiving meal at St Mark's Church where we had a good visit. Most of the family we know fairly well and send our condolences to all of them. This community has lost a valuable asset in the loss of Greg, he will be missed by many.
We extend our Love and sympathy to All,
Dick and Marilin Berry
Comment Share
Share via: 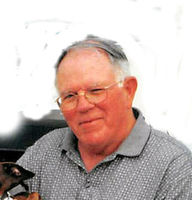