To share your memory on the wall of Jack Emmite, sign in using one of the following options:

Provide comfort for the family of Jack Emmite with a meaningful gesture of sympathy.

Receive notifications about information and event scheduling for Jack

Consider providing a gift of comfort for the family of Jack Emmite by sending flowers.

We encourage you to share your most beloved memories of Jack here, so that the family and other loved ones can always see it. You can upload cherished photographs, or share your favorite stories, and can even comment on those shared by others.

Posted Feb 27, 2020 at 09:28pm
We had the privilege of living next to Jack for over 45 years. We are truly grateful that over those many years we were able to build a wonderful relationship with him and Pat that we hold dear to our hearts. It was a joy to see them raise a beautiful family. Pat, we know the past few years have been a trying time for you and your family and we hope that knowing Jack is with our Lord will bring comfort to you all. We offer our sincerest condolences from our family to yours. Your lifelong neighbors, Tom and Lori Ortiz.
Comment Share
Share via: 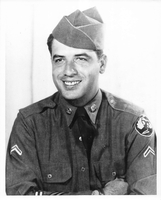