To share your memory on the wall of James Bradford, sign in using one of the following options:

Print
James K. Bradford was my dad. He was 90 years old when he passed away Thursday, March 5, 2020, into the loving arms of Jesus.
His parents were Bill and Ona Bradford. They had 4 children. a daughter Wanda Jean, and 3 sons, James, William, and J... Read More
James K. Bradford was my dad. He was 90 years old when he passed away Thursday, March 5, 2020, into the loving arms of Jesus.
His parents were Bill and Ona Bradford. They had 4 children. a daughter Wanda Jean, and 3 sons, James, William, and Jesse. They all have preceded him in death.
My parents, James and Norma Jean Bradford were married 67 years. They had 2 daughters- Beverly Lynn (me), and my younger sister Cheryl Ann. We gave him lots of grey hairs I am sure. He always took good care of us. Unfortunately, Cheryl passed away 3 years ago. I know she was there to greet our dad in Heaven, and the great joy he would have being with her again.
He was Grandpa to my daughter Jennifer. She was a very lucky granddaughter, as she had him all to herself! He taught her so many things and loved seeing her compete with him in everything! He loved to tease her also.
He was also Great-Grandpa to her three children, Brittany, Cody, and Shelby. He was fortunate enough to be very present their entire lives, and be there as they grew into adults. All the birthdays, Holidays, school plays, Christmas programs, dinners, BBQ’s, graduations. He was very proud of all his Grandkids and all that they have become.
He was also Great-Great Grandpa to Roman Kenton, who was named after him. What a lucky man he was to live long enough to have 5 generations! He was also very happy to welcome Jennifers husband Gary, to our family, as now there was another man for Dad to talk to!
Mom and dad had a wonderful long happy life in their 67 years. There were heartbreaks along the way, like all families have, but they persevered.
They loved to go on fishing trips. What a sight seeing him hooking up that old RV, and his boat, behind his truck.
They loved to fish for Catfish, which my dad was excellent at filleting, AND frying up golden brown! Man that man could cook! He also LOVED to BBQ! I think he collected BBQ grills for a hobby!
He was an avid gardener, as you can see from one of his photos. He Loved planting his tomatoes, loved picking and eating them even more. Seed catalogs gave him hours of dreaming of Spring gardens.
He was a Proud Navy Seabee. He served his tour mainly all overseas. He loved being on the ocean, loved the challenges of being a Seabee. He learned his mechanical skills in the Navy. He could tear any motor vehicle apart and re-build it. He also did construction as a Seabee and was always game for any job. He also learned his cooking skills while there, I do believe KP duty played a starting point!
My dad was a Mason. Belonged to the same Masonic Lodge as his father did.
He was a Shriner. He was Provost Marshal of the motorcycle unit. They rode in parades all over. My parents had many trips with other Shriner friends.
My dad wore many hats. He went from being a young man in the Navy, after his Honorable discharge, being a mechanic, interested in real estate, studying to get his realtor license, wanting and becoming a Broker, being a Weatherby Lake Judge, then finally owning his own businesses. He worked hard and retired in 1997.
One month after retirement, he was diagnosed with prostate cancer. He had a successful operation. At least we thought so all these years.
We watched the Royals win the World Series in 2015. We watched every single Chiefs game the last few years. We tried to watch the Championship game but he was too tired. Unfortunately he would not watch the Super Bowl, not seeing his Chiefs win for the first time in 50 years. That was a very bittersweet evening. Overjoyed at them winning, but so sad over him not watching it with me.
A few months ago drs saw indications of cancer again. Unfortunately it had not been eradicated and had metastasized. He fought a good fight. He never gave up. His entire family saw him daily. We tried to be there for him as much as possible. We spent Thanksgiving and Christmas there with him. On his 90th birthday last month, we celebrated it with him. I baked his traditional birthday cake, carrot cake. I think he was able to eat 2 bites. He made it to 90. He was 90 for 25 days. Thank you Dad for everything you did, for all of us. I do know you knew how much you were loved. I also know you are a Christian and Saved by the Blood of Jesus. Because of that, I know you are in Paradise with Jesus. So my heart is at peace. I am sad that you are gone from this earth, but I am grateful you are now at peace, and will never suffer again.
We will love you always, and we will miss you just as much, until we meet in heaven and see you again.
Love,
Norma Jean,
Lynn, Jennifer and Gary, Brittany, Cody, Shelby, and Roman.
Read Less

The insignias listed here may be subject to copyright and / or trademarked. Those copyrights and trademarks are owned by the respective organizations.

Consider providing a gift of comfort for the family of James Bradford by sending flowers.

We encourage you to share your most beloved memories of James here, so that the family and other loved ones can always see it. You can upload cherished photographs, or share your favorite stories, and can even comment on those shared by others. 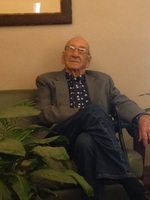 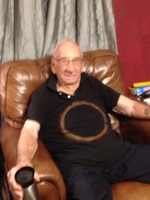 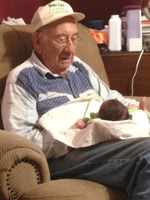 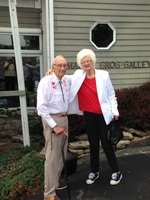