To share your memory on the wall of Jeffrey Bruce, sign in using one of the following options:

Provide comfort for the family of Jeffrey Bruce with a meaningful gesture of sympathy.

He established Jeffrey L. Bruce & Company (JBC) in 1986. Mr. Bruce’s accomplishments, commitment, and vision are well documented. He received over 80 separate design and leadership awards. The award-winning projects of JBC have been published 150 times. He was licensed to practice in 26 states and served as an invited lecturer, visiting critic, and speaker at over 200 conferences and trade shows. In 1996, Mr. Bruce was elected Fellow of the American Society of Landscape Architects.

He was Fellow with the American Society of Irrigation Consultants (ASIC) and Chairman of Green Roofs for Healthy Cities (GRHC). Mr. Bruce was a LEED accredited professional, a certified irrigation designer, and an EPA WaterSenseCertified Professional. He was one of the first accredited Green Roof Professionals (GRP) in North America and is a founding member of the Sports Turf Committee for the National Interscholastic Association of Athletic Administrators. Mr. Bruce is author of the “Integrated Water Management for Buildings and Sites” seminar series for GRHC and ASIC.

He departed this life Tuesday January 7, 2020 at 710pm after a short struggle with esophageal cancer. He was loved and influenced so many. He will be cherished and remain in the lives of all that knew him.

Jeff enjoyed reading, traveling, photography, his company and employees while solving problems through landscaping but most of all he loved his family.

Jeffrey L Bruce is survived by Glenda Bruce loving wife of 31 years. They were married in Kansas City on December 2, 1989.

Receive notifications about information and event scheduling for Jeffrey

Consider providing a gift of comfort for the family of Jeffrey Bruce by sending flowers.

We encourage you to share your most beloved memories of Jeffrey here, so that the family and other loved ones can always see it. You can upload cherished photographs, or share your favorite stories, and can even comment on those shared by others.

Posted Jan 18, 2020 at 12:55am
Glenda and family,
I was devastated to hear of the passing of Jeff. I met Jeff in 1973 at ISU when he first arrived from Red Bank. We shared so many good times together, experiencing all of college life to the fullest. I was fortunate to see his vision and talent develop while studying together in the landscape architecture program.

Through the years, we remained close friends as our career paths crossed from time to time. We would call each other and sometimes talk for hours. Whether it was hearing Jeff’s laugh after reminiscing about our college experiences or being given innovative design ideas to implement at our locations, I learned and laughed with each call. I knew I could always count on Jeff, if I ran into a work issue. These phone calls were very special to me. In life, there few people you remain in contact with over the years, especially if distance is involved. But Jeff and I maintained our friendship through 47 years. He was such a special person and I will really miss him.

Posted Jan 16, 2020 at 12:34pm
To Glenda, your extended family, and the JBC family, I extend my deepest sympathies. Jeff was a great mentor and friend and he will be greatly missed.

Flowers were purchased for the family of Jeffrey Bruce. Send Flowers 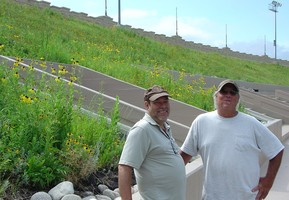 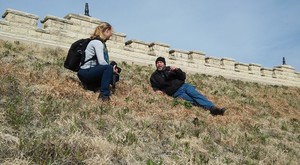