To share your memory on the wall of Jesse Rodriquez, sign in using one of the following options:

Provide comfort for the family of Jesse Rodriquez with a meaningful gesture of sympathy.

A visitation will be held on Monday, March 9, from 6-8pm, with funeral service on Tuesday, March 10, at 10:00 am, both at Carson-Speaks Chapel, 1501 W. Lexington Ave. Burial with military honors to follow in Mount Washington Cemetery.

Jesse was born on May 31, 1932 in Kansas City, MO, the son of Ascention and Isabelle Rodriquez. At age 16, he started working at Armco Steel. In 1952, he was enlisted with the US Army, and served two years during the Korean War. He was honorably discharged in November of 1954 and returned home. On December 18, 1954, he married Dorothy M. Rodriguez, and to this union were born three children. He resumed working for Armco, and he retired from there after 40 years as a steel worker. He was a longtime member of the USW Local 13, and a lay minister with Our Lady of Peace Parish in Kansas City. In his spare time, he enjoyed fishing, hub cap dealing, and playing games like pool, horseshoes, and cards. His favorite activity of all was tending to his garden, where he grew tomatoes and green beans.

He was preceded in death by his wife, Dorothy; his parents, Ascention and Isabelle; and his siblings, Michael, Patricia, and Juanita.

Condolences may be sent to the family at www.speakschapel.com. (Arrangements: Carson-Speaks Chapel 816-252-7900)

Receive notifications about information and event scheduling for Jesse

Consider providing a gift of comfort for the family of Jesse Rodriquez by sending flowers.

We encourage you to share your most beloved memories of Jesse here, so that the family and other loved ones can always see it. You can upload cherished photographs, or share your favorite stories, and can even comment on those shared by others. 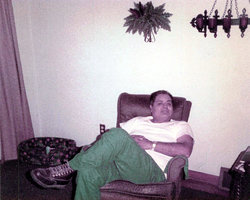