To share your memory on the wall of Joanne Shaw, sign in using one of the following options:

Joanne was born August 20, 1923 in Independence, MO to Gail Burton and Katherine (Hobart) Wilson. She went to Missouri State Teacher’s College in Warrensburg and taught during WWII. She married Bill C. Shaw in 1945 and went on to finish her teaching degree from Central Missouri State College and taught fifth grade at Pitcher School in Independence in the 1950s and 1960s. In addition, Joanne was a manager of the Herald Book Store on the Independence Square.

She was active in the Community of Christ International Women’s Commission, traveling the US and Canada, and was ordained an Elder in 1992. She volunteered at the Herald Publishing House and for many years with Outreach International. She was active with Independence Japanese sister city Higashimurayama for many years. Amidst her great accomplishments and service to others, her greatest passion was being a wife, mother, grandmother and great- grandmother to her family.

The family requests contributions in her honor be made to Outreach International, 112 W. 18th St. Kansas City, MO 64108. https://outreach-international.org Online condolences may be expressed at www.speakschapel.com.

Receive notifications about information and event scheduling for Joanne

Donations are being accepted for: Outreach International.

Consider providing a gift of comfort for the family of Joanne Shaw by sending flowers.

We encourage you to share your most beloved memories of Joanne here, so that the family and other loved ones can always see it. You can upload cherished photographs, or share your favorite stories, and can even comment on those shared by others. 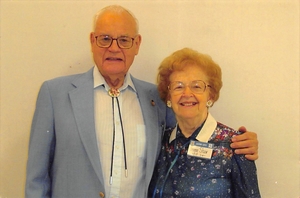