To share your memory on the wall of John Wells, sign in using one of the following options:

Print
John Stephen Wells, Jr. “Johnny”, passed away unexpectedly Sunday, October 18, 2020 in his home in Excelsior Springs, MO. He was 43.

Johnny was the oldest of four children. Growing up he loved turning Legos into working machines, b... Read More
John Stephen Wells, Jr. “Johnny”, passed away unexpectedly Sunday, October 18, 2020 in his home in Excelsior Springs, MO. He was 43.

Johnny was the oldest of four children. Growing up he loved turning Legos into working machines, building remote control cars from scratch, riding his bikes, finding Garfield collectibles and running around the neighborhood with his friends. It wasn’t until he married Melony (Dallas) Wells that he began to really enjoy life. He loved spending time with his two cats, helping others whenever possible, baking with his daughter Emma, chasing his son JJ “Bubba” around and giving Melony a hard time. He was so happy to be a husband and a daddy. He filled the role as a family man and cherished it deeply. Johnny also was very grateful for the extended family he gained after he married Melony. He always knew that he could count on the many sisters, brothers, nieces and nephews and many other relatives to help in any time of need.

Receive notifications about information and event scheduling for John

Consider providing a gift of comfort for the family of John Wells by sending flowers.

We encourage you to share your most beloved memories of John here, so that the family and other loved ones can always see it. You can upload cherished photographs, or share your favorite stories, and can even comment on those shared by others.

I was so sorry to read about the unexpected loss of Johnny and I wanted to send my warmest condolences to the family. To lose someone so loved, a part of your life, can bring such sadness but the God of all comfort tells us at 2 Kings 20:5 he feels our pain, he even sees our tears! At jw.org we can read John 5:28, 29 where Jesus assures you will have him in your life once again. May all the memories you have give you calm and peace to help you through until God’s promises come true. Again so very sorry for your heartache.🌻
Comment Share
Share via: 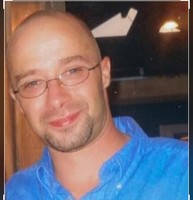