To share your memory on the wall of Kaizley Reynolds, sign in using one of the following options:

Consider providing a gift of comfort for the family of Kaizley Reynolds by sending flowers.

We encourage you to share your most beloved memories of Kaizley here, so that the family and other loved ones can always see it. You can upload cherished photographs, or share your favorite stories, and can even comment on those shared by others.

Posted Oct 27, 2019 at 04:34pm
My heart was caught when I saw you lost your precious little girl with her sweet smile and I wanted to send my warmest condolences to the family. To lose such a beautiful child, a part of you, can bring such overwhelming grief and our words may not help but Jesus assures us at John 5:28,29 that you will have your her in your arms once again without the pain we see today. Until God’s promises come true may every good thought, every memory of the love you felt, flood and overtake you with calm and peace to help you through the dark moments. Please go to jw.org for more encouraging scriptures and videos to help heal your broken heart 💔 Sue https://tv.jw.org/#en/mediaitems/VODMinistryTools/pub-imv_4_VIDEO
Comment Share
Share via:
AV

Posted Oct 24, 2019 at 02:17am
Brought here to show love is so easy and can be so unconditional, received back in heaven to watch the love she left and Hope's that all of you are healed by what she has left. My heart breaks and I can only say her love was given to you as a gift and my soul prays it finds you at peace someday. Love to all of you love Angelica
Comment Share
Share via:

Posted Oct 20, 2019 at 05:56pm
Sincere and heart-felt condolences to the family. I never met your little angel, but I assure you, she touched my heart. God Bless you all.
Comment Share
Share via:
J

Posted Oct 20, 2019 at 05:01pm
Your little girl Kaisley will forever be in our hearts her memory everlasting in those that knew her .
Comment Share
Share via: 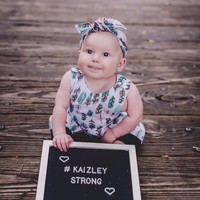 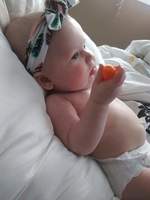