To share your memory on the wall of Kenneth Fischer, sign in using one of the following options:

Kenneth also had a passion for collecting older Winchester guns. He was an avid coin collector, who enjoyed going to auctions. He enjoyed spending time in the backyard with his dogs while watching hummingbirds. Kenneth absolutely loved his Harley Davidson motorcycle and attending old car shows with Carolyn and he will be dearly missed.

He is survived by his wife and love of his life for 26 years, Carolyn Fischer; children Robert and Millie Fischer; and six grandchildren, Molly, Grant, Zoey, Daisy, Alec, and Robert. He was preceded in death by his parents, George Fischer, Jr. and Joan Fischer; grandparents, Ralph and Ruth Grubb; and aunt Mary Ann Snapp.

A visitation will be held from 1-2:00pm on Thursday, September 10, with a service following at 2:00pm, both at Carson-Speaks Chapel, 1501 W. Lexington Ave. in Independence. MO. He will be laid to rest at Woodlawn Cemetery in Independence, MO.

Online condolences may be expressed to the family at www.speakschapel.com (Arrangements: Carson-Speaks 816-252-7900)
Read Less

Receive notifications about information and event scheduling for Kenneth

Consider providing a gift of comfort for the family of Kenneth Fischer by sending flowers.

We encourage you to share your most beloved memories of Kenneth here, so that the family and other loved ones can always see it. You can upload cherished photographs, or share your favorite stories, and can even comment on those shared by others. 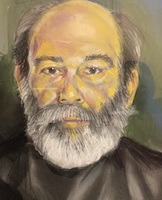