To share your memory on the wall of Kevin Stewart, sign in using one of the following options:

Provide comfort for the family of Kevin Stewart with a meaningful gesture of sympathy.

Consider providing a gift of comfort for the family of Kevin Stewart by sending flowers.

We encourage you to share your most beloved memories of Kevin here, so that the family and other loved ones can always see it. You can upload cherished photographs, or share your favorite stories, and can even comment on those shared by others.

Posted Jan 16, 2020 at 07:05am
Kevin was a very likable and wonderful person. I remember when we used to all go to the lake and going on the long float trips that we all took together on the Pontoon. I remember Kevin being pulled behind the pontoon on the inner tube as we were all being pulled at one time or another. He loved his wife Kathy dearly as the rest of the family did also. Kevin you will be missed by Everyone.
Comment Share
Share via: 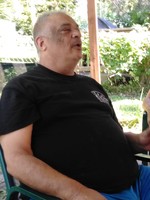