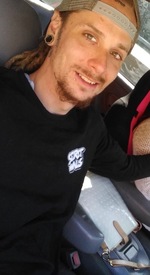 Kris had many friends that loved him dearly. Kris was a general contractor and worked hard. Kris loved the lord and was involved in several ministries in and around Kansas City. Kris was known to stop on any street corner to pray for a stranger and give all his money to someone that needed more than he did. Kris was a one-of-a-kind man with an incredibly unique style and will be greatly missed.