To share your memory on the wall of Leah Thompson, sign in using one of the following options:

Leah was born September, 6, 1928, to Floyd and Flora Lesh. She was one of nine children.
Leah grew up in Independence, attending McCoy ... Read More
Leah Marie Thompson, 91, of Independence, MO, passed away on April 30, 2020, of natural causes.

Leah was born September, 6, 1928, to Floyd and Flora Lesh. She was one of nine children.
Leah grew up in Independence, attending McCoy Grade School, Palmer Junior High and William Chrisman High School. She attended Graceland College in Lamoni, Iowa, where she had many friends and relatives. Leah’s roommate at Graceland, Polly Rohrs, later became her sister-in-law, when Polly married Leah’s brother Raymond.

Leah grew up as a member of the Walnut Park RLDS church, which is where she married Everett L. Thompson in 1948. To this union were born three children: Steve, Leonard and Sharon. The family enjoyed the home built for them by Everett on Queen Ridge Drive. Summers there included barbeques in the backyard, served with Leah’s tasty potato salad and homemade ice cream. Leah’s home canned green beans and cherry pies made of home grown cherries were also treats.

Leah was a homemaker. She enjoyed making birthday cakes for her family and special holiday meals. She also made quilts and did embroidery.

She worked for her brother-in-law Lester at Thompson Jewelry on the Independence Square for several years. She was a long-time volunteer at the Independence Sanitarium Gift Shop. She was active in girl’s work, cub scouts and the Sunday School Department of East Alton RLDS Church.

Leah and Everett enjoyed 60 years of marriage before his passing in 2008. Their shared memories included boating weekends at the Lake of the Ozarks with friends when the children were growing up, family vacations and a trip to Europe later in life.

Leah had been a resident at the Fountains in Independence for almost 6 years. The family wishes to thank the Fountains, Interim Healthcare Staﬀ and Interim Hospice Staﬀ for their kind and loving care of Leah, especially during her last days.

Leah is also survived by Betty (Hart) Crow, who has been her best friend since their kindergarten days.

Leah was a member of South Crysler Restoration Branch.

An entombment service will take place on Friday, June 19, at 2:00pm, in Mound Grove Cemetery, Independence, next to her husband Everett. A visitation will be held on Saturday, June 20, from 2-4pm, at Carson-Speaks Chapel, 1501 W. Lexington Ave., Independence, MO.

Contributions can be made in Leah's honor to:
The Music/Arts Institute, 1010 S Pearl St.; Independence, MO 64050
Attn: Ron Clemons
The institute is located in the old McCoy School Building, where Leah attended.
All donations go to the Scholarship Fund.
Read Less

Receive notifications about information and event scheduling for Leah

Donations are being accepted for: MUSIC-ARTS INSTITUTE.

Consider providing a gift of comfort for the family of Leah Thompson by sending flowers.

We encourage you to share your most beloved memories of Leah here, so that the family and other loved ones can always see it. You can upload cherished photographs, or share your favorite stories, and can even comment on those shared by others.

Posted Jun 29, 2020 at 01:59pm
The Lesh and Thompson families will always hold a special place in my childhood memories. My deepest condolences.

Posted Jun 14, 2020 at 09:57am
Leah had such kindness and the softness of her voice always seemed to calm me when around. She always had a smile on her face and her front door was always open and welcoming arms as well.

I'll still have her phone number embedded in my memory from back when my sister (Bonne) and Steve were dating - somoe many many years ago.
I would come home from school and call her number and she always knew to expect my call... Yes - she would say- they are here, would you like to talk to Bonnie. 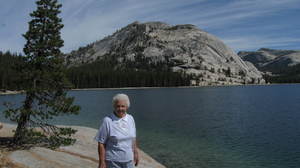 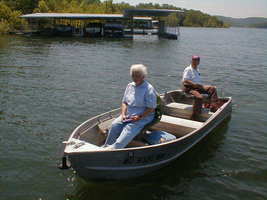 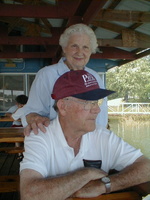