To share your memory on the wall of Lillian Alumbaugh, sign in using one of the following options:

Provide comfort for the family of Lillian Alumbaugh with a meaningful gesture of sympathy.

Print
Lillian Mae (Crick) Alumbaugh, 80, of Independence, died peacefully at her home after a long battle with Alzheimers on Monday, January 27th, 2020, surrounded by her family.

Lillian was born October 13, 1939 to Tom and Ann Crick of Indep... Read More
Lillian Mae (Crick) Alumbaugh, 80, of Independence, died peacefully at her home after a long battle with Alzheimers on Monday, January 27th, 2020, surrounded by her family.

Lillian was born October 13, 1939 to Tom and Ann Crick of Independence, MO. She graduated from William Chrisman High School in May 1957 and soon thereafter married Bob Alumbaugh on November 15, 1957.

Lillian graduated from William Chrisman High School in 1957 and started her first job at Home Savings in downtown Kansas City, MO. She later became office manager at Al-Ham Inc., she and Bob’s business. Lillian worked at Al-Ham for 27 years prior to her retirement in 1998. She enjoyed her family, traveling, bowling and her favorite hobby, bridge.

The family would like to convey their heartfelt thanks to the people at Lumicare Hospice. Lillian was well cared for, as well as, was her family. In lieu of flowers, the family suggests contributions be made to Lumicare Hospice.
Read Less

Donations are being accepted for: Lumicare Hospice.

Consider providing a gift of comfort for the family of Lillian Alumbaugh by sending flowers.

We encourage you to share your most beloved memories of Lillian here, so that the family and other loved ones can always see it. You can upload cherished photographs, or share your favorite stories, and can even comment on those shared by others.

Posted Jan 30, 2020 at 04:47pm
Matthew 11:28-30. “Come to me, all you who are weary and burdened, and I will give you rest. Take my yoke upon you and learn from me, for I am gentle and humble in heart, and you will find rest for your souls. For my yoke is easy and my burden is light.”
Praying God brings you abundant peace in your time of loss. Love, Lauren & Mark
Comment Share
Share via:
WA

Posted Jan 28, 2020 at 08:26pm
My heart goes out to everyone in the family. Lil was like a second mom to Annie and me. There couldnt have been a kinder person. She will be missed.
Comment Share
Share via:
D

Posted Jan 28, 2020 at 03:13pm
Susan so very sorry to hear of your Moms passing. She was so kind and sweet with all of us girls helping my Dad pick us up or taking us to BD roller rink .
She was a lovely woman. My heart breaks for your family's loss. God Speed my friend.
Love you. Dana Manfredi Ciarletta
Comment Share
Share via: 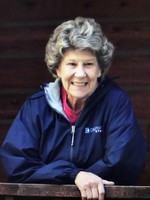