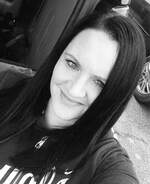 Melissa Lynn McGhee, a loving wife, mother, sister and daughter, passed away peacefully at her home in Independence, Missouri, on Sunday, March 14, 2021 surrounded by family. She was 41. Melissa was born on November 18, 1979 to Forrest Hayes and Deborah (Hayes) Campbell in Independence, Missouri.
At a young age Melissa met her soulmate and best friend Greg. They were married in Independence, Missouri and together raised four children. Her kids were her life. When she wasn’t working at Ford Motor Company she could always be found surrounded by friends and family. Melissa never knew a stranger, was outspoken, had a quick witted personality and was loved by all that had the pleasure of knowing her. She was one of a kind and will be missed greatly.
Melissa is survived by her mother Debbie Campbell (Ed); her beloved husband Greg; daughters, Samantha, Alexandria and Alesia; son, Micah; brothers, Joshua and Donald Maudlin (Gabby); dear friend, Dena Sheehan; cousin, Heather Crawford-Perry and furry companion, her dog Marshmellow. She also leaves behind many other aunt's, uncle's, cousins and friends.
She is preceded in death by her father; grandparents; aunt, Donna Gustin and cousin Matt Reines.
A visitation will be held on Wednesday, March 17, 2021 from 9-11am at Carson-Speaks Chapel in Independence, Mo. with a service to follow at 11am. Burial will take place at Mount Washington Cemetery in Independence, Mo.