To share your memory on the wall of Melvin Fanska, sign in using one of the following options:

Provide comfort for the family of Melvin Fanska with a meaningful gesture of sympathy.

Receive notifications about information and event scheduling for Melvin

Print
**Services to be held at a later date**

Consider providing a gift of comfort for the family of Melvin Fanska by sending flowers.

We encourage you to share your most beloved memories of Melvin here, so that the family and other loved ones can always see it. You can upload cherished photographs, or share your favorite stories, and can even comment on those shared by others.

Posted Apr 05, 2020 at 04:55pm
I just heard that Mel has passed on. I am in shock. He is/was one of the finest men I have known. He spent his life loving and serving others. Mel gave and gave. At Stone Church he was always ready to do whatever was necessary to serve others. He, Noma, and the Lord seemed to be very close friends. Our hearts go out to Noma. Barb and I miss him very much. I know what it feels like to lose a brother, and I feel like I just lost a brother. Go in peace, Mel. Your brother, Dick and sister Barb.❣️
Comment Share
Share via:
HR

Posted Mar 28, 2020 at 05:59am
Mel was one of the nicest and most hardworking individuals in the Raytown School District. I remember one year we were trying to have an opening session for all of the elementary teachers. It was a very hot day in August and the air conditioning at Fleetridge was not working. Mel was on the roof of Fleetridge trying to get it operational for this session of several hundred teachers, which relieved my mind. If anyone could get it to work, Mel could. The air conditioning worked marvelously and I was leaving the school 5 hours later, I looked back up on the roof and Mel was still there. Later I found out that the air conditioner would only work if someone manually operated it from the roof on a continual basis. The company could not send someone out until the next day, so Mel decided rather than cancel the event or move all of the teachers to another school he would spend this extraordinarily hot day on the roof operating the system. Mel just waved and smiled as I was coming and going from this event. I found out about this later from another person. I share this incident, because it was so typical of Mel. No matter the circumstances, he always was smiling and determined to make a positive difference. He received the "Starfish" Award from the Raytown School District for his example of living each day in this selfless way. He made a difference in my life. --Henry Russell
Comment Share
Share via: 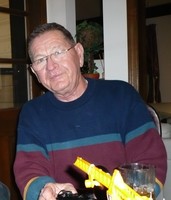 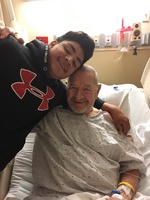 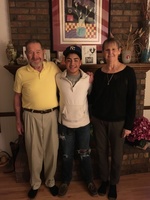 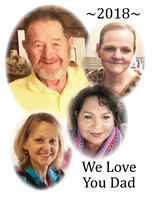