To share your memory on the wall of Michael Albano, sign in using one of the following options:

Receive notifications about information and event scheduling for Michael

Consider providing a gift of comfort for the family of Michael Albano by sending flowers.

We encourage you to share your most beloved memories of Michael here, so that the family and other loved ones can always see it. You can upload cherished photographs, or share your favorite stories, and can even comment on those shared by others.

Posted May 13, 2020 at 02:45pm
I am writing on behalf of the Kansas City Metropolitan Bar Association, to express our condolences for Mike Albano's passing earlier this year. I practice a different type of law than Mike did, so our paths never crossed in the courtroom, but he was well known as a smart, tough, but fair lawyer, who zealously represented and truly cared about his clients and their causes. We want Mike's family to know that he and you have been in our thoughts and prayers since we learned of his passing. Peace be to you and yours -- Russell Jones, Past President, KCMBA
Comment Share
Share via:
KW

Posted Feb 05, 2020 at 10:33am
Grace,
Very sorry to hear of Mike's passing. Randy St. Clair sent me his obituary which was beyond impressive. You had a beautiful life together and I congratulate you on that and having plenty left to live on for.
Daryle McGinnis & Cindy

Posted Jan 29, 2020 at 03:16pm
Grace:
I was so saddened to hear about Mike’s passing. It is difficult to believe. It seems as if I just saw him, although I realize it has been a while. This must be a very difficult time for you and your family.
Mike was such a great guy in so many ways: personally, professionally, as a husband and father. Plus, although he certainly had a serious side, he was also a lot of fun to be with. I never had to worry about quiet moments when talking with Mike - he could carry a conversation for miles, as you know.
He was a presence in the practice of law in this community, as well as nationally in his area of specialty. He must have been proud of what he accomplished and also proud to have a daughter follow in his professional footsteps.
I regret that I am out of town with family and will not be able to attend his service but please know that my thoughts and prayers will be with you and your family.
Sincerely,
John Readey
Comment Share
Share via:
HS

Posted Jan 27, 2020 at 09:07pm
Michael Albano was fondly remembered today, Jan. 27, 2020, at Immanuel Lutheran Church, for Michael was a first class man who served others and who used his God given gifts for the good of the profession and this community. We will miss Michael's leadership, and wise words of counsel. God bless Michael's family and friends. Henry M. Stoever, Attorney-at-Law, (913) 375-0045 (cell), henrystoever@sbcglobal.net
Comment Share
Share via:
DW

Posted Jan 27, 2020 at 11:18am
Mike Albano joined Tau Kappa Epsilon fraternity at UMKC with a confidence, a winning smile, an enthusiasm in all matters. He became the fraternity chaplain and a host of other leadership positions followed and donations of person and profit were given to worthy causes. When I returned to Kansas City on Navy leave, Mike with fellow TKEs gathered to greet me with smiles and a zest for life, good humor, friendship strong and true. Farewell Frater Mike - you left us all better for your visit.
Comment Share
Share via: 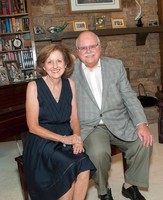 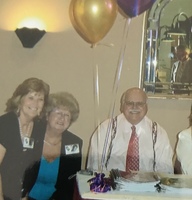 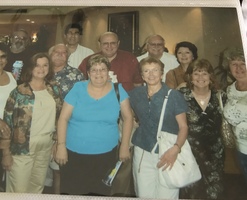