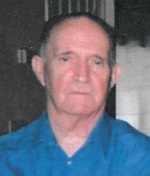 Ralph Eugene Beeler, of Independence, MO, a man who loved to travel, took his final trip on November 24, 2020. He was 88 years old. Ralph was born on February 7, 1932 in Glasgow, Missouri, to Osborne and Ethel Beeler. He attended Northeast High School, then went on to marry Shirley Darling on February 14, 1951. Three sons were born to this union: Michael, Ricky and Mark. Ralph and Shirley were just 3 months shy of celebrating 70 beautiful years of marriage together. He was a great husband and father who loved to tell jokes. Ralph was printer for various press companies for over 30 years. He was a social man, who was very outspoken. Ralph enjoyed old cars, reading, watching movies and he will be dearly missed by many.

Ralph is survived by his wife of the home, Shirley Jean Beeler; sons, Michael and Ricky Beeler and sister-in-law, Karen Templeton. He was preceded in death by his parents Dorsey and Ethel Beeler. A graveside service was/will be held on Friday November 27, at 2:00 p.m. at Mount Washington Cemetery in Independence, MO. Online condolences may be expressed to the family at www.speakschapel.com (Arrangements: Carson-Speaks Chapel (816) 252-7900)