To share your memory on the wall of Ralph West, sign in using one of the following options:

Receive notifications about information and event scheduling for Ralph

Consider providing a gift of comfort for the family of Ralph West by sending flowers.

We encourage you to share your most beloved memories of Ralph here, so that the family and other loved ones can always see it. You can upload cherished photographs, or share your favorite stories, and can even comment on those shared by others.

Posted Oct 29, 2020 at 08:55pm
known Ralph back in the days of allis-chambers. we will miss his christmas cards that brought joy to us every year.
I did attend the services, very respectful. want to convey my condolences and prayers to family.
Ralph will be missed.
Charles and Carol Cameron

Posted Oct 27, 2020 at 04:16pm
Ralph was such a good man and wonderful neighbor! His smile was contagious and his eyes always sparkling. He seemed to have an unending energy, I was amazed at his ability to go dancing every Saturday night.
So sorry for the family. Jean, I will keep you in my prayers.
Julia
Comment Share
Share via: 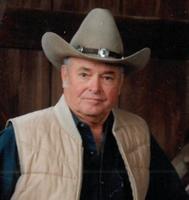