To share your memory on the wall of Rick Hutson, sign in using one of the following options:

Provide comfort for the family of Rick Hutson with a meaningful gesture of sympathy.

Receive notifications about information and event scheduling for Rick

Print
A public memorial service will be held once the Covid-19 restrictions have been lifted.

Consider providing a gift of comfort for the family of Rick Hutson by sending flowers.

We encourage you to share your most beloved memories of Rick here, so that the family and other loved ones can always see it. You can upload cherished photographs, or share your favorite stories, and can even comment on those shared by others.

Posted May 06, 2020 at 05:43pm
Just now heard about Ricks passing and still in shock - he and Mike we best buds and had recently had a good long talk! Will miss him and all the good memories! Issy our prayers are with you! Trying to call you! Mike and Ruth
Comment Share
Share via:

Posted Apr 26, 2020 at 12:36pm
We are so sorry to hear of the passing of Rick. Remember the good times. Mike and I remember the good times we had at Hallmark Liberty Dist. Center. you and your family are in our prayers. Joanne Clark and Mike Teegarden.
Comment Share
Share via:
E

Posted Apr 26, 2020 at 12:08am
Isabell, Melinda and I are so sorry to hear of Rick's death. We are keeping you and your family in our prayers. Love, Jack and Melinda Emmite
Comment Share
Share via:

Posted Apr 25, 2020 at 06:21pm
My dear, sweet Issy, We are heartbroken to learn of the passing of Rick. We were so much richer for having known him. Our love and prayers to you and yours always. Love, Steve and Jean Weatherman
Comment Share
Share via: 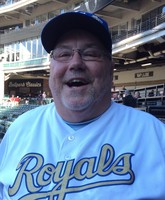 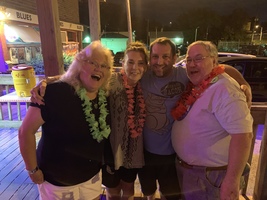