To share your memory on the wall of Robert Tignor, sign in using one of the following options:

Provide comfort for the family of Robert Tignor with a meaningful gesture of sympathy.

Consider providing a gift of comfort for the family of Robert Tignor by sending flowers.

We encourage you to share your most beloved memories of Robert here, so that the family and other loved ones can always see it. You can upload cherished photographs, or share your favorite stories, and can even comment on those shared by others.

Posted Dec 06, 2019 at 12:25pm
I always enjoyed talking with Bob (Robert Tignor) about history and we always shared about TCM, Turner Classic Movies and what movies he liked. Bob and I worked together at the Jackson County Historical Society at the 1859 Jail & Museum historic site on the Independence Square. Bob was always knowledgeable about the 1859 Jail and shared many stories about the marshals and sheriffs that were assigned at the Jail in the 1800's. Bob would always help and assist us when other volunteers were not able to work their shifts at the Jail. I will miss the many conversations that Bob and I would share concerning any movies that were on TCM and how he enjoyed the old westerns of the past and how they don't have any good westerns any more. He also volunteer Saturday afternoons at the Alton Depot which is located at the National Frontier Trails Museum. Bob really enjoyed the Patrons who would came to visit the old train station. He was really proud about the community of Independence and how the city was preserving the past for the future generations. To the family of Bob Tignor he was a wonderful person to visit with and he will truly be missed. 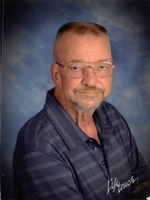