To share your memory on the wall of Rodney Madsen, sign in using one of the following options:

Rodney was born April 28, 1932 in Lincoln, Nebraska. He served in the US Naval Reserves from 1950 until 1954 before moving to California in 1963. It was then that he met and married his wife of 33 years, Jeanette Stricklin. They enjoyed traveling to visit family and were very active members in the RLDS church, cooking for any church activity. Rodney later took up singing and performing in barbershop quartets, chorales and choirs.

He worked for several water municipalities and retired from the Los Angeles Water and Power after almost 30 years of service. After his wife’s passing, he moved to Independence, Missouri, where he became a priest of Jesus Christ’s Restored Church.

He was an avid motorcyclist until 85 years old. He loved new technology, purchasing various types of automobiles, watching football and playing cribbage which was the family’s favorite card game. He got a kick out of beating younger men at arm-wrestling and letting his white beard grow out during the Christmas season to hear children call him Santa Claus. He loved his family and spending time with them.

Rodney was loved by all who knew him and will be missed.
Read Less

Receive notifications about information and event scheduling for Rodney

Consider providing a gift of comfort for the family of Rodney Madsen by sending flowers.

We encourage you to share your most beloved memories of Rodney here, so that the family and other loved ones can always see it. You can upload cherished photographs, or share your favorite stories, and can even comment on those shared by others. 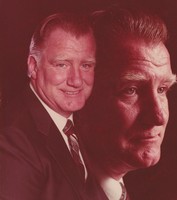