To share your memory on the wall of Stewart Middleton, sign in using one of the following options:

Provide comfort for the family of Stewart Middleton with a meaningful gesture of sympathy.

Consider providing a gift of comfort for the family of Stewart Middleton by sending flowers.

We encourage you to share your most beloved memories of Stewart here, so that the family and other loved ones can always see it. You can upload cherished photographs, or share your favorite stories, and can even comment on those shared by others.

Posted Jan 11, 2020 at 02:06pm
Stewart was kind and generous. He enjoyed interacting with young people. He took our disabled daughter and her boyfriend to a Royals game and our other daughter to a Chiefs game as I know he did many others. I know that he is in a better place free from pain and suffering. Thank you Stewart for your commitment to Country Meadows and their youth.
Comment Share
Share via:
MM 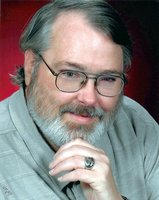