To share your memory on the wall of Winona Brownfield, sign in using one of the following options:

Print
Winona Alvina Brownfield, beloved mom, grandma, and friend, passed away on November 19, 2020, one week after celebrating her 90th birthday.

Winona was born on November 12, 1930 in rural Ludell, Kansas, to Frank and Edith (Moore) Reiter.... Read More
Winona Alvina Brownfield, beloved mom, grandma, and friend, passed away on November 19, 2020, one week after celebrating her 90th birthday.

Winona was born on November 12, 1930 in rural Ludell, Kansas, to Frank and Edith (Moore) Reiter. Ten years later, her family relocated to the Sedalia area, where she was hired on to work for Lamy’s Manufacturing Company.

On March 3, 1956 she and Charles Brownfield were united in marriage. They laid down roots in Independence and their two daughters, Karyn and Carla, completed their family. Winona was a fantastic homemaker while Charlie worked. After he passed away in 1976, Winona proudly earned her GED at the age of 51 and took a position with the gas company. She began in the remittance department and retired as a meter-reader in 1993.

She was a longtime member of the King of Glory Lutheran Church of Independence, where she helped print bulletins, clean the facilities, and serve communion. When her church sponsored an immigrating family, she helped them acclimate to the area. She sewed clothing and quilts for her family, friends, and strangers. She was honored for her efforts in making 100 robes in one year for Rachel House, along with countless baby blankets and bibs that were donated over the years. Simply put, Winona was happiest when taking care of others, and she never sought the spotlight for any of her actions.

She made many special memories on her yearly trips to Bennett Spring with her loved ones and seeing Mount Rushmore in 2007 was a dream come true. Last Christmas she got the opportunity to see Branson’s holiday display from the seat of a horse-drawn carriage. She was outgoing, fun-loving and had a great sense of humor, and she also enjoyed occasional slot machine at Ameristar. She will be missed by so many.

A visitation will be held on Friday, November 27, 2020, from 6-8pm, with a funeral service on Saturday, November 28, at 10am, both at Carson-Speaks Chapel, 1501 W. Lexington Ave., Independence, MO. She will be laid to rest following the service in Mount Washington Cemetery.

Contributions may be made in her memory to Kansas City Hospice and Palliative Care, who took wonderful care of Winona during her final days.

Please visit www.speakschapel.com to leave a fond memory and to view a recording of Winona’s service.
Read Less

Receive notifications about information and event scheduling for Winona

Donations are being accepted for: Kansas City Hospice House.

Consider providing a gift of comfort for the family of Winona Brownfield by sending flowers.

We encourage you to share your most beloved memories of Winona here, so that the family and other loved ones can always see it. You can upload cherished photographs, or share your favorite stories, and can even comment on those shared by others. 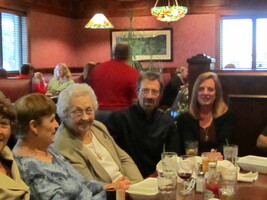 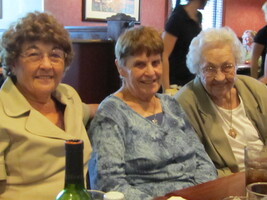 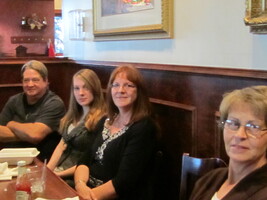